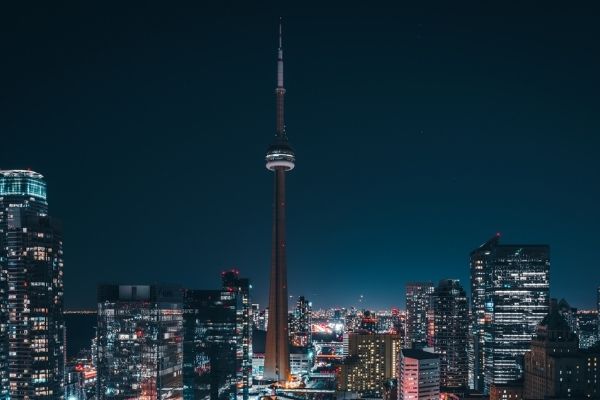 Let us guide you through your Canada student visa application process for your higher education.

Every year, more foreign students enrol in Canadian universities. After they complete their courses, many of them are permitted to remain in Canada. The decision to approve a Canadian study permit is always up to the visa officer's judgement.

The Canadian government places a high premium on diversity among overseas students.

In fact, the government has allocated $147.9 million CAD in funding for the next five years to provide various scholarships, grants and bursaries for international students. Canada accepts more than 642,000 international students each year and comes in third globally, behind the United States and Australia in terms of student recruitment. Over 98 notable institutions exist in Canada, and the majority of them are accredited and supported by the government. For foreign students, the nation offers globally recognised Bachelor's, Master's, Diplomas, Certificates, and Doctoral Degrees. If you study in Canada, it's safe to say that better job opportunities are on your way!

Student visa for Canada is valid for 3 – 4 years, depending upon your course time, with an additional 3-month student visa Canada extension. The other 90 days lets you prepare to leave Canada or apply for an extended stay.

With your student visa for Canada, you can leave Canada during your studies if you wish to go back home. However, you may need to show proof that you’re enrolled in your school when you return to Canada.

Student visa for Canada is valid for 3 – 4 years, depending upon your course time, with an additional 3-month student visa Canada extension. The other 90 days lets you prepare to leave Canada or apply for an extended stay.

You can go outside of Canada while you are enrolled in classes if you want to return home. When you return to Canada, you might need to provide evidence that you are currently enrolled in your course of study.

Student visa for Canada is valid upto 3-4 years depending upon your course time, with an additional 3-month student visa extension. These 90 days let you prepare to leave Canada or apply for an extended stay.

Student visa for Canada is valid upto 3-4 years depending upon your course time, with an additional 3-month student visa extension. These 90 days let you prepare to leave Canada or apply for an extended stay.

You can go outside of Canada while you are enrolled in classes if you want to visit home. When you return to Canada, you might need to provide evidence that you are currently enrolled in your course of study.


To be eligible to study in Canada you may be asked to meet the following requirements:

The processing time for your Canadian study permit may take up to 90 days after you apply, but it is usually much faster. This is also dependent on your home country's situation.

You can get the study permit faster if you use the Student Direct Stream. Fees begin at $150 CAD, and processing time is typically 20 calendar days.

Depending on your nationality, you may be required to appear in person at a Visa Application Centre in your home country to have your biometrics taken. The biometrics fee is $85 CAD. This fee is separate from the regular visa application fee, which is $150 CAD.

How to Apply for Student Visa in Canada

You must apply for a study permit online, whether you are outside of Canada or already in Canada.

You can only apply on paper if you have a disability that makes it impossible for you to apply online.

Non-national residents, refugees, and stateless people must have an identity or travel document.

We’re here to support you

When it comes to visas, the process and outcomes can be very daunting for a lot of people. You need a team you can trust to give you the right guidance on documentation and process.

At AECC Global, we’ve got years of experience in handling visa applications. Requirements vary by country and change often. We are always updated about the changes and equipped to support you. While our counsellors can guide you on general visa documents if you are managing your own application, you have the support of our in-house migration agents if you need help with a more complex question, Fill in the enquiry form below!

How much money do you need to show for your Canadian student visa?

In order to secure a Canada Study Permit, proof of unencumbered available funds is required to cover tuition and living expenses. You can prove your funding with proof of your Canadian bank account, showing money you have transferred.

Speak with our experts

To get in touch with our expert team, simply leave your details below and we’ll call you for a FREE consultation.

Speak with our experts

To get in touch with our expert team, simply leave your details below and we’ll call you for a FREE consultation.

What our students say about us

Don’t just take our word for it, check out what our satisfied students are saying about us

I knew AECC through a friend's recommendation. Because at first, I was quite vague about the study abroad route, so I just called to ask about studying abroad. Unexpectedly, the counselors are so thoughtful (What I love most is that from consulting to support for admission and Visa application, all are free). Thanks to that, I have found my study path and my loving school. Thank you very much at AECC. "Slightly showing off _ I still have a scholarship"
Uyên vy Nguyễn ,Vietnam

With the Master of Nursing Practice program, I will be able to fulfill my career goal. The program involves intensified clinical practice, which I believe is the best way to enhance one’s knowledge of the discipline. Activities which involve discussion of the global perspectives of nursing will equip me with knowledge to be a globally competitive nurse.

I will take Advanced Diploma of Information Technology at Southern Cross Education Institute as a continuation of the course I have studied here in the Vietnam that gained me a vocational education. I wanted to study this course because I know that what I will learn from their curriculum can be used to my advantage once I apply for a job in my home county or in Japan.

MARK ANTHONY QUIROZ, Vietnam
I believe that the AHIC is the best place for me to get my education because their school’s vision is directly aimed at overseas students of different nationalities, like myself. They are best-suited to provide me with well-rounded training that also considers cultural diversity. Through them, I am confident that I would be able to reach my full potential and achieve my goals in advancing my career.
RISHA MENGHNANI, Vietnam

Canberra Institute of Technology (CIT), which offers a course in Early Childhood Education and Care.  The institute has high quality education, which provides the most up -to-date techniques and effective teaching strategies, and I believe that is what I need to help me shape my career

JOUSEL ANN SUDARIO, Vietnam
AECC Global provided great assistance on my student visa application in Melbourne, Australia. They made sure that I was on the right track as I extended my visa and kept me updated on the application process. Additionally, the team has been very approachable and always there to answer all my queries.
CHRISTINE GEZMENTIZA, Vietnam